Yes that is right! You can now make your marquee hire for a princess party even more 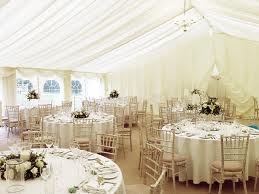 appealing by daring it with tulle. Using a single color of tulle is best if you merely want to soften the appearance of the marquee, whereas the usage of different colored tulle is going to help create a more festive effect – while you’re at it, don’t forget to add in a few ribbons! Here’s how you need to go about it:

Work on the tulle
Now you need to unfold the tulle, and create a pleat across one end of each piece. The pleats should be of 1-inch. Make an accordion pleat for which you will need to fold the tulle in one direction, and then the next just like making a paper fan. Take the pleated end and wrap a rubber band around it. Now, accumulate the pleated ends together, and wrap them up using a large rubber band. A string will now need to be used so that the bundle of fabric can be tied to the center of the tent. You basically need to tie it in such a manner that the rubber band faces the tent so that it may be hidden.

Interested in acquiring a marquee hire Sydney? Get in touch with Bargain Party Hire now!

Illuminate Your Party with Glow Furniture

The parties and events call for some excitement, addition of fun, and funky things, and…

Major Benefits of Hiring Marquee for Your Events

Irrespective of event one is planning to organise, be that, wedding reception, product launch or…

Whether hosting a company event or a backyard social gathering, a marquee might be wanted.…